Click HERE for the full photo gallery of the slideshow!

The panel began by focusing on the products tied to the upcoming movie, Bumblebee. There is a heavy 80's theme and Hasbro is leaning in, going full 80's. Amazon will feature some exclusive 80's themed shirts for the movie and Alpha Industries will have an exclusive bomber jacket. There will also be an app that will be an 80's style arcade came with an action focus for your mobile devices, available this fall.

With publishing, expect a prequel comic series from IDW that takes place in during the Cold War. There will also be a series of junior books available starting 20 November.

There will be three toy lines pertaining to the movie. Energy ignitors (figure that take on extra action when a component is added), DJ Bumblebee (he dances), and Power Charge Bumblebee (deluxe electronic version with the VW license).

The big surprise here was that beginning this fall, Walmart will have an exclusive run of the original G1 products. Original packaging art, original aesthetic. Meanwhile, Target will be running a Bumblebee's Greatest Hits line. For those after the San Diego Comic-Con exclusive this year with the two dinosaur tape decks, there will be an accompanying version at retail with two more dinosaur tape decks and an old-school version of Bumblebee. We will also see a re-released version of Soundwave with Boombox, like Titans Return line, only with an 80's design aesthetic. Then the segment ended with the announcement that a new product just went live, a Bumblebee blu tooth helmet (which was also a disruptive panel member for the presentation).

The remainder of the presentation focused on the next Generations line now that Power of the Primes ended with Predaking. The next series is the War for Cybertron Trilogy. This is focusing on a Cybertronian version of the characters, pre-arrival on Earth. Designers drew some inspiration from the pilot episode of Transformers but took artistic license with some characters and even created a few new ones. One detail shown was that Optimus's wheels fold to a hover position to add another dynamic. It seems clear that this is the new direction for now and we only got a look at the Autobots with a strong hint that the next show Hasbro is at will feature a look at the Decepticons. There are a few holdouts from the Power of the Primes, Titans Return, and Combiner Wars line that are exclusive to Amazon and now available for pre-order and all come with a previously released prime master.

So.........MEGA MAN. Jakks is now producing figures from the Mega
Man video game series. The focus on the early set is 8-bit figures but may drift to the popular four-inch World of Nintendo series. The stand out here was the 12-inch doll. When turned on it plays the intro stage music, then when you add a power attachment it plays that boss' music, then after all three are used it plays the final stage music, and lastly when he falls over it plays the death sound. Additionally, it has authentic firing noises and the sound becomes more intense the more you use him just like when he gets worn out in the game.

The next standout was Mario Odyseey figures coming to the 2.5 and four inch lines. Some new four-inch figures were teased along with multi-packs. For those who missed Bowser the first time around and do not want to pay ridiculous after market prices, then you are in luck. A two-pack with Mario in scale is coming later this year. Along with sure to be popular Samus and metroids, 8-bit Mario and Bowser, and 8-bit Donkey Kong and Jumpman (yes, Jumpman). Also, Gamestop will be getting some cool wind-ups, our favorite is the Bomb-omb where the wind-up is integrated into the detail of the figure to make it functional.

Click HERE for our photo gallery of the booth.

Mondo had a mix of mediums on display. Ceramic tiki glasses licensed to Ghostbusters, Jaws, and Jurassic Park, Ninja Turtles figures, Animated Batman figures, jaw dropping Masters of the Universe figures, and a new line of Monodies based on video game and movie characters. 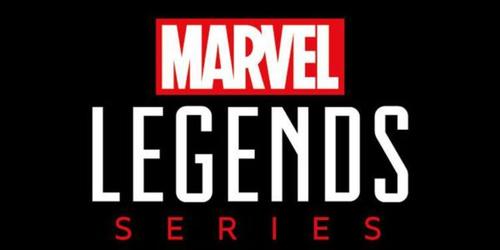 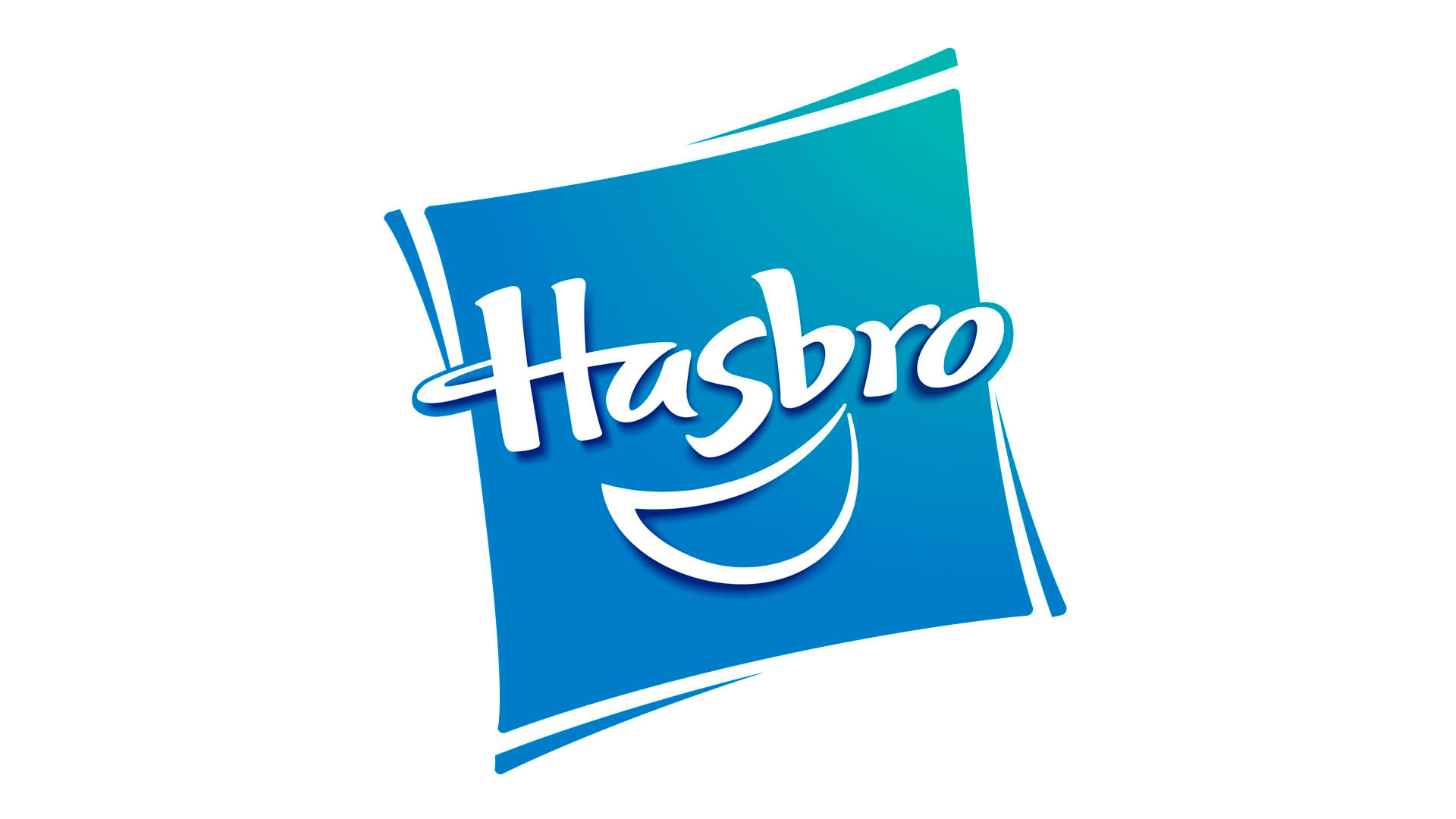 On display from Transformers, Hasbro was showing off the new '80's themed Bumblebee line from the upcoming movie, the new War for Cybertron Trilogy line, and the upcoming Walmart exclusive G1 throwbacks.

Lastly, My Little Pony showed off a mix bag of movie products, smaller collectible items, and the exclusive '80's throwback set. Hasbro seems to be in a nostalgic mode this year with some of it's lines hitting their 35th anniversary. They might not be one of the longest running participants of San Diego Comic Con but LEGO have firmly grasped the significance and opportunities presented by the world's biggest celebration of pop culture. With special previews, exclusive collectibles, signings and panels there's not much left at SDCC for LEGO to manueuvre itself into.

As with past Comic Cons, LEGO has put a great deal of exhibition and showmanship into their booth, as well as a number of sideshow alley treats. Scroll on to see what they have in store for SDCC18.

The highly anticpated 21311 Voltron set will debut at San Diego Comic Con. It officially goes on sale to LEGO VIP members the day after SDCC ends but, according to Nerdist, a limited number will be available to purchase (priced $179.99). The IMDBoat will be tied up along side the Fifth Avenue Landing (behind the convention center), with Kevin Smith hosting celebrity interviews while industry guests enjoy a private workspace and lounge, refreshments, a photo booth, trivia games and gifts. One of the sponsors is LEGO Systems which could suggest that there is some supersecret LEGO Movie 2: The Second Part dealings going on behind closed portholes. Speaking of LEGO Movie 2: The Second Part, the LEGO booth (#2829) will heavily feature this re-venture with a life-size Unikitty in her battle-mech Ultrakatty form. Three sets from the 2019 movie will also be unveiled (but not sold) to the public and an exclusive minifig will be part of the July 22nd (Sunday) lottery. And if that's not enough cute for you there is another chance to enjoy LEGO pumping the Unikitty brand with a special airing of a new episode of the Unikitty TV series on July 21st (Saturday),followed by a Q&A, followed by a special autograph signing with the voice talent and show producers. Between 2:15 and 3:15pm in Room 6A on July 20th (Friday) the team behind the LEGO DC Super-Villains videogame, including Arthur Parsons (head of design, TT Games) and fan-favorite Batman voice actor Kevin Conroy, along with Tara Strong (voice of Harley Quinn), Julie Nathanson (voice of Silver Banshee), Fred Tatasciore (voice of Solomon Grundy, Clayface, Black Adam, Killer Croc), Ames Kirshen (VP, Interactive & Animation, DC Entertainment), Justin Ramsden (Designer, Super Heroes, The LEGO Group) and moderator Andrea Rene (Whats Good Games) will give an inside look at the first LEGO game to put players at the center of a villain-centric adventure. Afterwards the panel will be signing a free poster. The other exclusive sets that are part of the online lottery include 75996 Aquaman and Storm (July 19th) and 75997 Ant-Man and The Wasp (July 21st) ensconced in VHS slipcases, as well as Black Lightning (July 20th) and Sherrif Deadpool (July 21st) minifigs. Official LEGO artist - and fresh from working on LEGO DC Super-Villains - Dan Veesenmeyer will have a table (HH-23) in Artists Alley and will be taking commissions for his artwork. If you've ever checked out the covers for any of the recent LEGO video games from Warner Entertainment or Scholastic children's readers chances are you will have gazed on his graphics. His work even adorns the Marvel Super Heroes portal at LEGO.com! If you've already attended the LEGO DC Super-Villains videogame panel and had your exclusive poster signed why not pop round to Dan's table and ask him to add his signature to it?

DK Publishing (booth #1515-A) will be hosting a signing with Cavan Scott - who wrote LEGO DC Comics The Awesome Guide - between 3 and 4 pm on July 22nd (Sunday). The event has limited access and free tickets will be distributed 10 minutes before the event.

Comic book fans will definitely want to gravitate towards the LEGO booth (#2829) where a life-size brick built statue of Thanos. Whether you are into LEGO or not marvelling at this 91,350 bricks titan, which weighs 450 lbs (205 kg) and took 418 hours to design and build, isn't going to be a waste of that most precious of SDCC resources - time. As an added bonus everyone in the audience will receive an exclusive polybagged LEGO minifig of Jessica Cruz/Green Lantern. Those unable to attend the screening can drop by the DC booth (#1915) and pick up a polybag (while supplies last).

Last but not least is the LEGO Ninjago panel taking place in Room 6A between 10:30 and 11:30am on July 22nd (Sunday). Ninjago veterans Tommy Andreasen (co-creator/producer) and Michael Svane Knap (LEGO senior design manager) are joined by lead writer Bragi Schut, voice talents Brent Miller (voice of Zane), Kelly Metzger (voice of Nya), and Vincent Tong (voice of Kai) to talk about their favorite memories and other reflections on creating LEGOs longest running and most successful show.