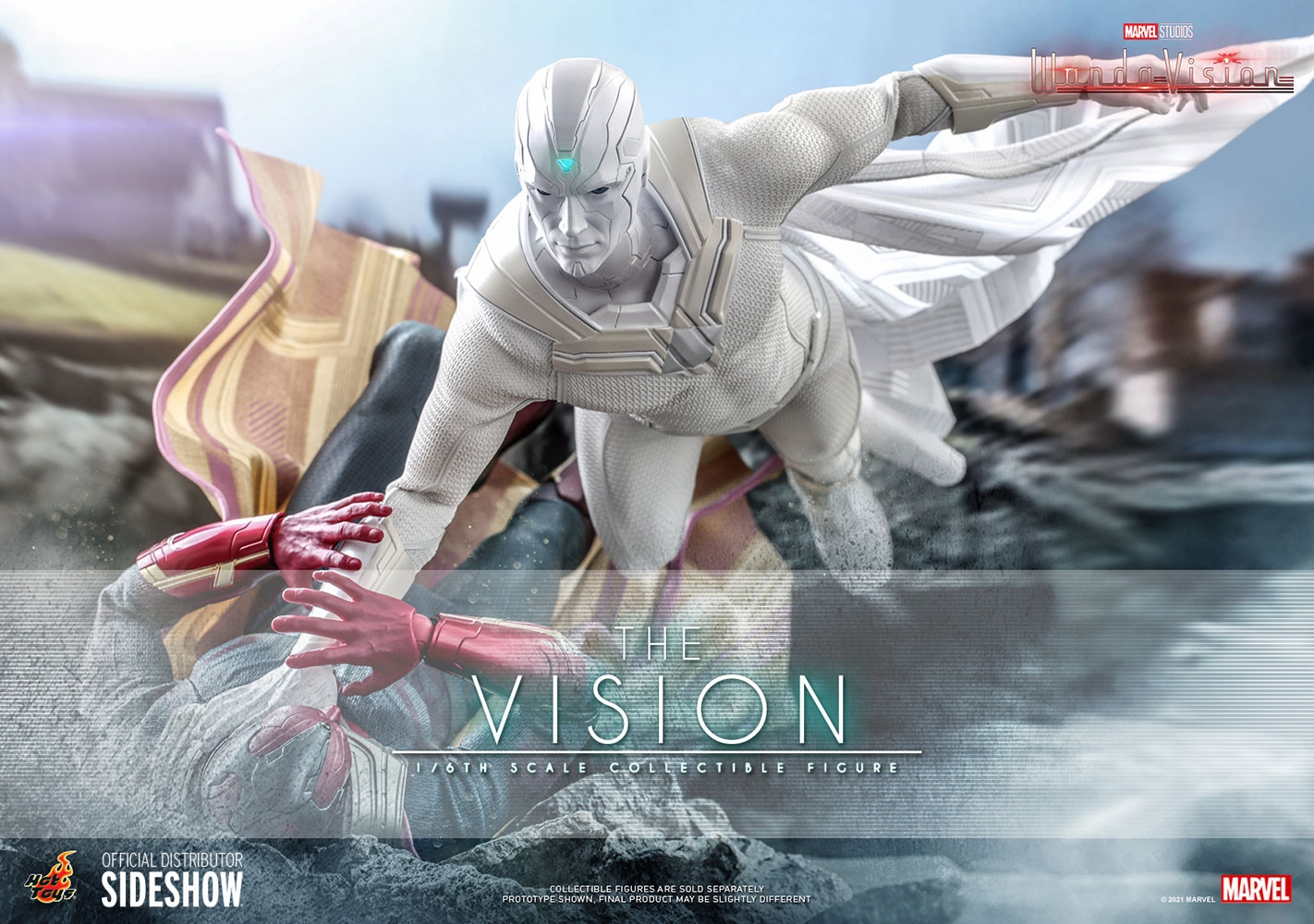 The scientists of S.W.O.R.D channeled some of Wanda Maximoffs power in an attempt to reactivate The Vision following the events of Avengers: Infinity War, but throughout the course of the show, they revived a distinctly different version of the man that Wanda loves. This all-white Vision has been given directives to neutralize Wanda Maximoff, and to destroy the original Vision!

Skillfully crafted based on the image of The Vision in the hit show, WandaVision, the 1/6 scale figure features a newly developed, individually hand painted and ultra-realistic head sculpt with an LED light up function on his forehead, and interchangeable eyepieces to emulate the character's appearance both before and after he acquires Visions memories. The figure has incredible attention to detail, and comes complete with a finely tailored, shimmering white outfit and cape; as well as "energy beam effect" accessories to recreate the thrilling fight scene from the season finale!

- An authentic and detailed likeness of The Vision as he appeared in WandaVision
- A newly developed, individually hand-painted head sculpt with detailed skin texture
- LED light up function on forehead (battery operated)
- Two sets of interchangeable eyepieces emulate the character's appearance before and after he acquires Visions memories
- Specially applied gradient white skin tone and blue mechanical elements on the forehead to reflect The Visions distinctive appearance
- A 1/6 scale body with over 30 points of articulation
- Six interchangeable hands for a variety of posing and display options
- A custom-tailored fabric full body suit with detailed texture
- A detailed and patterned fabric cape
- One pair of white gauntlets
- One pair of white colored boots
- One energy beam effect accessory (attachable to head sculpt)
- A specially designed figure display stand with character name plate and backdrop