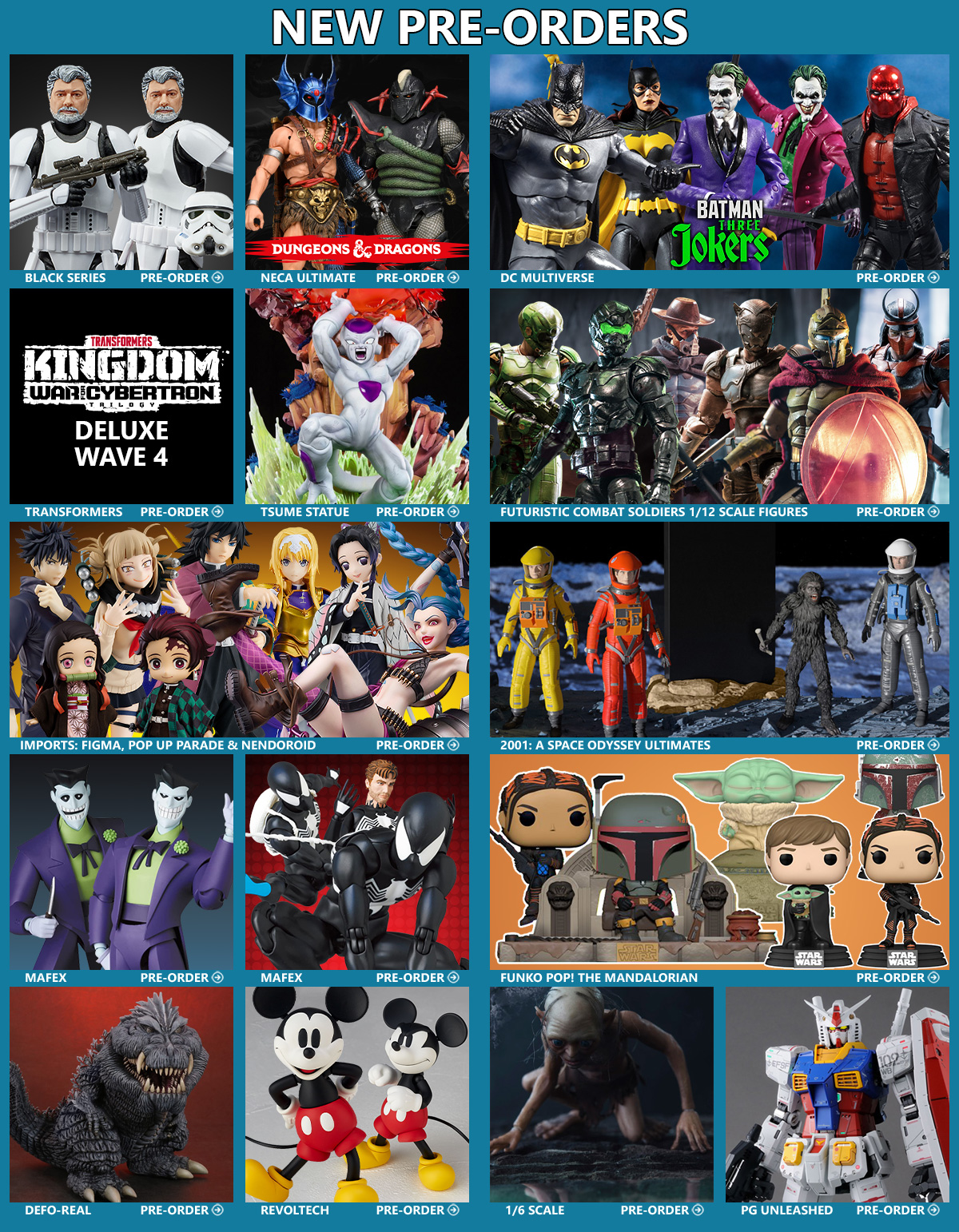 --------------
NEW PRE-ORDERS
--------------
We pay homage to George Lucas and his remarkable accomplishments in film with a likeness of the director himself, clad in the distinctive armor of an Imperial stormtrooper. NECA has taken inspiration from the classic action figure releases and reinterpreted them for new Dungeons & Dragons figures! McFarlane has five new DC Mutliverse figures from Batman: Three Jokers! Everyone's favorite mouse, Mickey, joins the Figure Complex Movie Revo line from Kaiyodo. This Mickey Mouse figure features the high level of articulation you have come to expect from Revoltech figures and includes a multitude of accessories and interchangeable parts. Super7 is proud to introduce 2001: A Space Odyssey ULTIMATES! figures: Astronaut Frank Poole, Astronaut Dave Bowman, Dr. Floyd, and the Moon Watcher! There is a new line of 1/12 scale figures in the works! Each Futuristic Combat Soldiers figure features over 30 points of articulation and stand at a little over 6.5 inches tall, making them fit in with most 1/12 scale lines such as Marvel Legends, G.I. Joe, NECA, DC, McFarlane, and more! 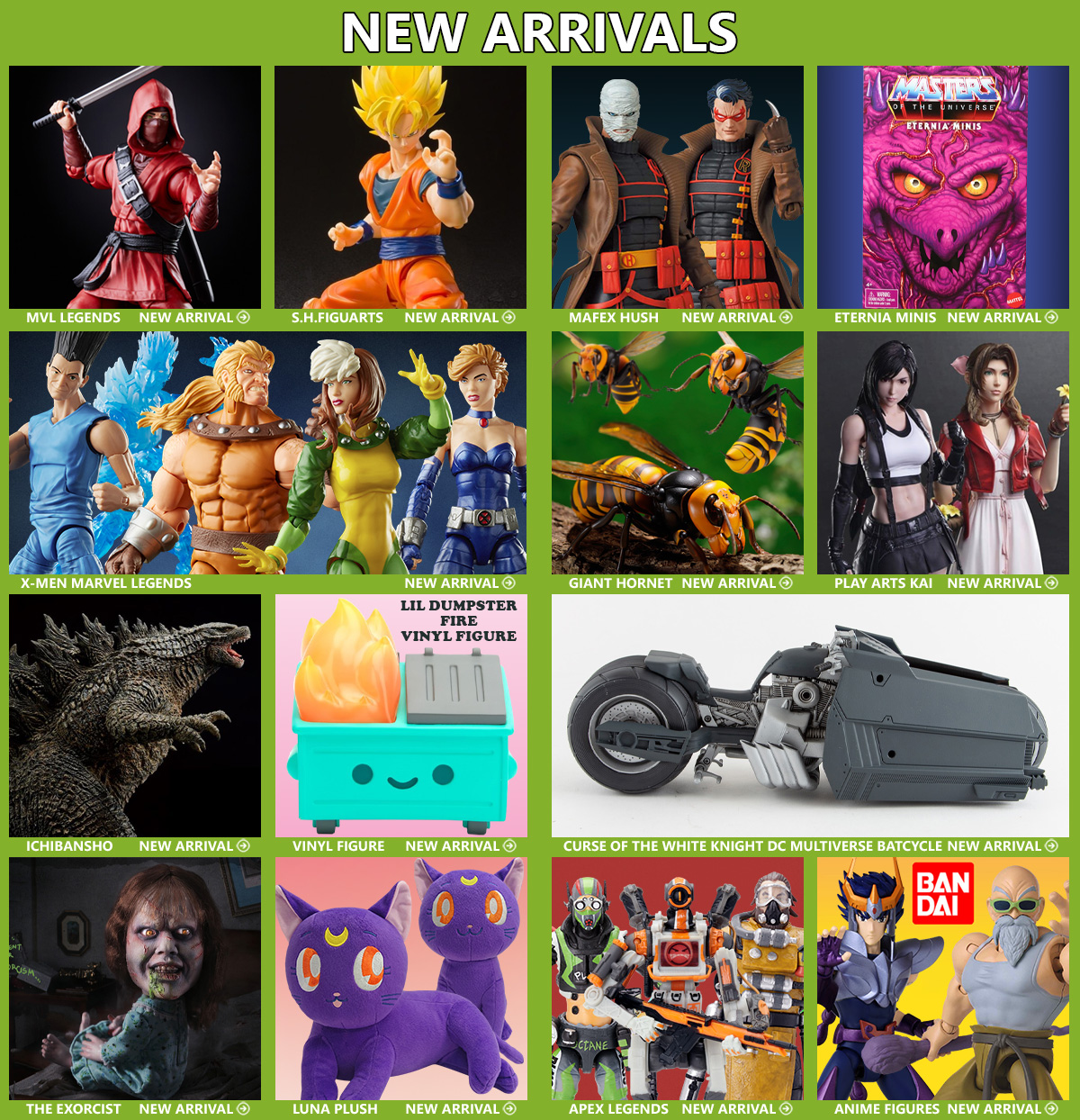 ------------
NEW ARRIVALS
------------
Skilled in martial arts and espionage, the ninjas of The Hand are a force to be reckoned with. Five new X-Men Marvel legends figures have arrived with Legion, Iceman, Shadowcat, Sabretooth and Rogue! Bandai Spirits Ichibansho is proud to announce their newest release from Godzilla vs. Kong: Godzilla! This figure is expertly crafted and meticulously sculpted to look like Godzilla from Godzilla vs. Kong. Godzilla stands at approximately 7.87" tall, and is seen in his popular pose. Aerith and Tifa are here in Play Arts Kai form from Final Fantasy VII Remake! From S.H.Figuarts comes Super Saiyan Full Power Son Goku, from the legendary "Dragon Ball Z." In addition to his normal face, three other facial expression parts - grinning face, screaming face, and serious face - are included, as well as four pairs of hands. The incredible Giant Hornet from Kaiyodo is back in stock! Every part is articulated, from the antennae to the stinger. Articulated mandibles and mouth parts have been faithfully recreated. Based on the Batman: Hush story line, the MAFEX Hush is a highly detailed, fully articulated figure. Hush features a trench coat and several accessories including 3 interchangeable head sculpts.