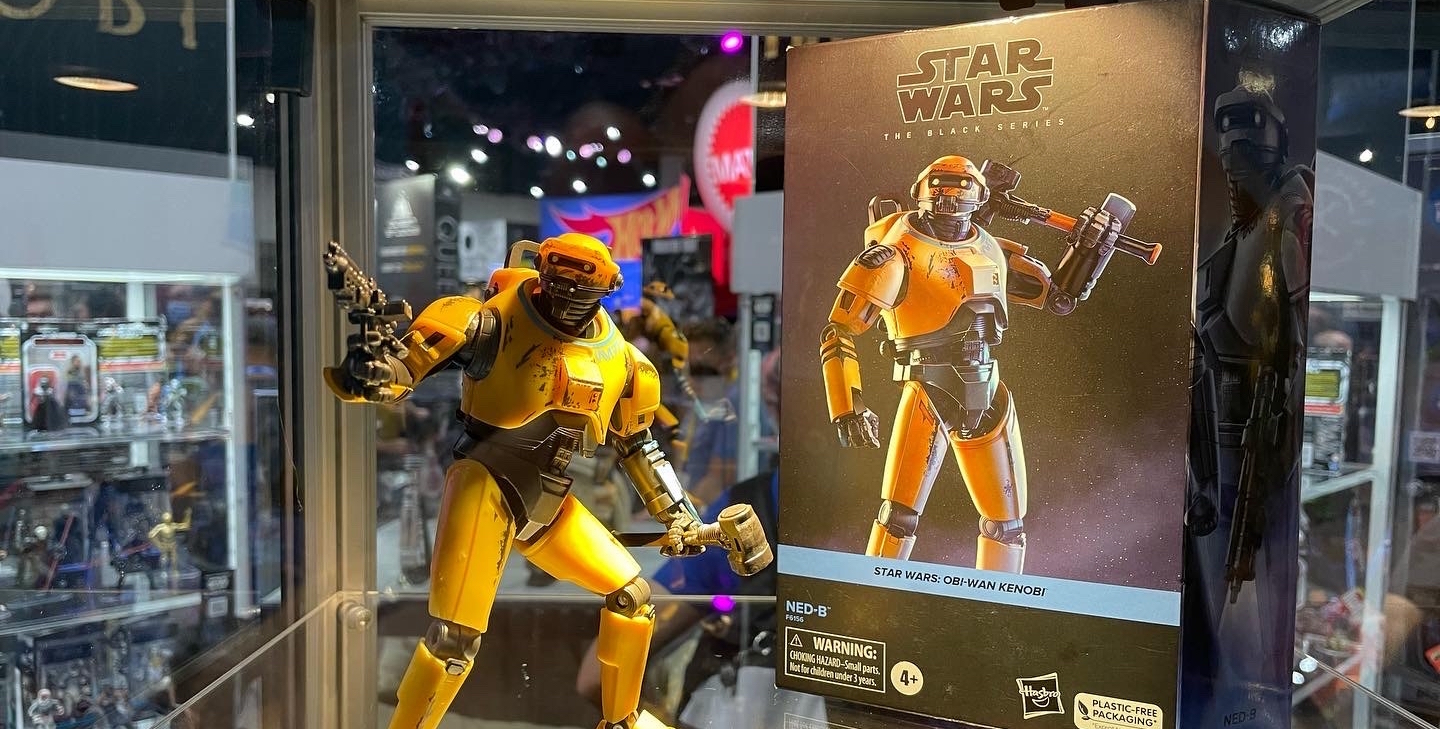 VIEW THE PANEL AND BOOTH HERE.

So if you read our other article, you have all the details about the figures and release dates. So what's not in the press release. Pipelines reveals!!!

A big anniversary is coming up next year, right? So of course we can expect the Retro and Black Series carded waves to go alongside that. First up in the Retro Collection line, Luke Jedi, Leia Boushh, Han Endor, Lando Skiff, Emperor Palpatine, and a Scout Trooper.


Not related to the 40th Jedi anniversary, Ki Adi Mundi, a new Mandalorian, and Krrsantan from the Book of Boba Fett for the Black Series and a Clone Trooper Phase two for the Vintage Collection.

We asked the team a few questions about the new packaging design. Basically, the interior will also be plastic free and feature a sturdy design to hold the figure in place. The renderings on the box are actual digital renderings rather than a picture of the physical figure. Poses are intended to showcase the figure's features and not necessary reflect a scene from film or television.

We asked about Ghoel from the Saga line and if he would be compatible with the Boba Fett Throne Room set. He will not stick unfortunately, without help. It's worth noting the design team closely examined the Jabba's Palace Adventure set from the Vintage Collection to make sure the color palettes went together. While the sets are not intended to connect, they won't clash in appearance.

We asked about future Archive waves and if we can expect to see rereleases of previous exclusives like the Walmart Shoretrooper. The answer is that it is possible after the exclusive window and Hasbro wants to make sure the demand is met, so expect to see more in the future.

We asked why the gloved hands of Han Solo were not included in the 50th POTF 2 cardback version. Basically it was intended to make the figure more closely aligned with the original POTF 2 carded release. However, that does contrast with the included Stormtrooper utility belt.

We asked if we can expect to see more Kenner colored figures in the Black Series line. This will basically depend on what makes sense to bring into the line. What is a really unique color palette that would work well with the figure.

Lastly, we asked if could see a fold out cardboard scenery in the Comic Series packs for the Black Series, similar to what was done at the end of the POTF 2 cycle with those comics-based figures. Nothing is planned, but we got it on their radar.