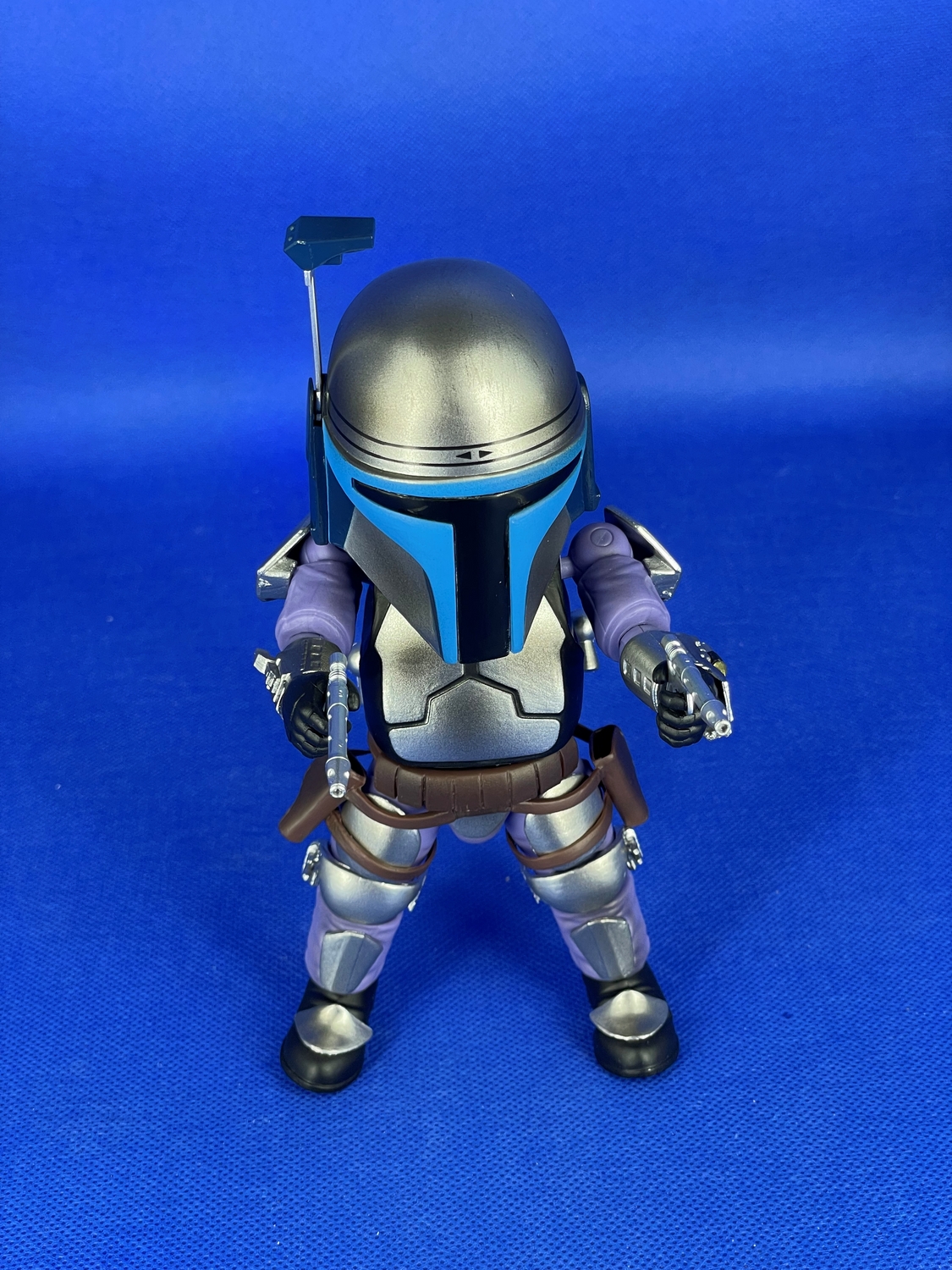 We are stoked that Beast Kingdom has returned to the Star Wars license after a very long break (the last figs were from Rogue One!). Those of you not familiar with Taiwan-based manufacture Beast Kingdom, their bread and butter is super deformed (egg) versions of popular pop culture characters including DC, Marvel, Disney, and of course Star Wars. Beast Kingdom has two lines of products for Star Wars, Egg Attack and Egg Attack Action, or EAA for short. The Egg Attack series pertains to statues that features some lighting and sound components. Not poseable and more of a higher end price point. There has only been a few of these in the Star Wars line. The EAA line consists of smaller, 6-inch scale, action figures. Highly detailed and highly poseable. To date, Beast Kingdom has focused primarily on helmeted characters and droids. There were some concepts for a Baze Malbus, Chirrut Imwe, and even Jedi Luke Skywalker but those ultimately never came to fruition. The first faced character is the upcoming Darth Maul release. Some of the special features of EAA figures include light both static and sequenced, magnetic clings for weapons and backpacks, and amazing poseability. 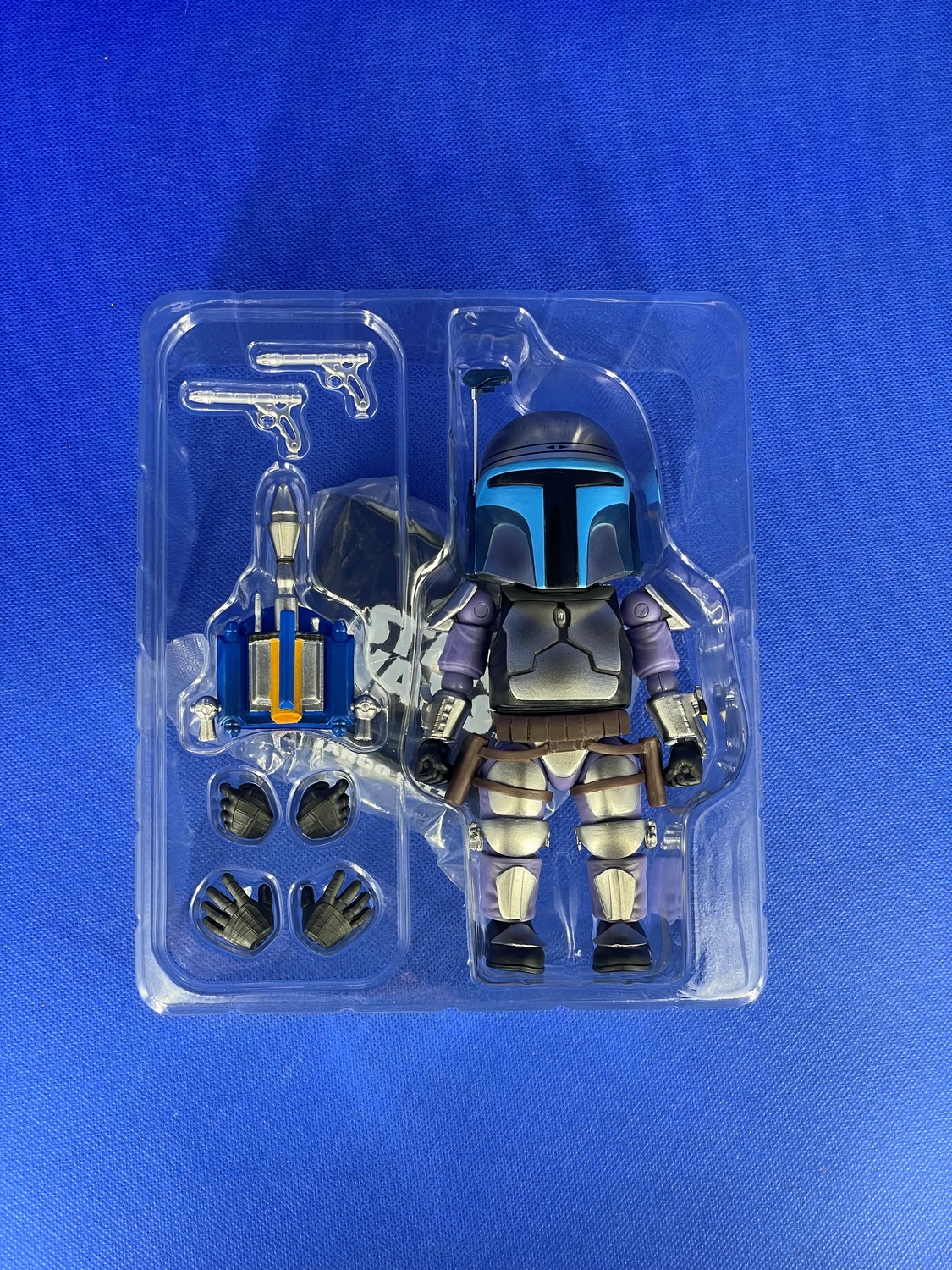 What better way to kick off the return to the line than with Jango Fett, celebrating the 20th anniversary of Attack of the Clones. Jango includes just about every accessory youd expect. Three pairs of hands (which snapped in easier than previous models), his dual blasters, his jet pack, and a pivoting targeting scope on his helmet. Also included in the pack, as with all EAA figures is the stand and base. Unlike the first generation of figures, this one has a custom name plaque. I never found that I needed these as the figures are really easy to balance on their own given the multiple articulating points. 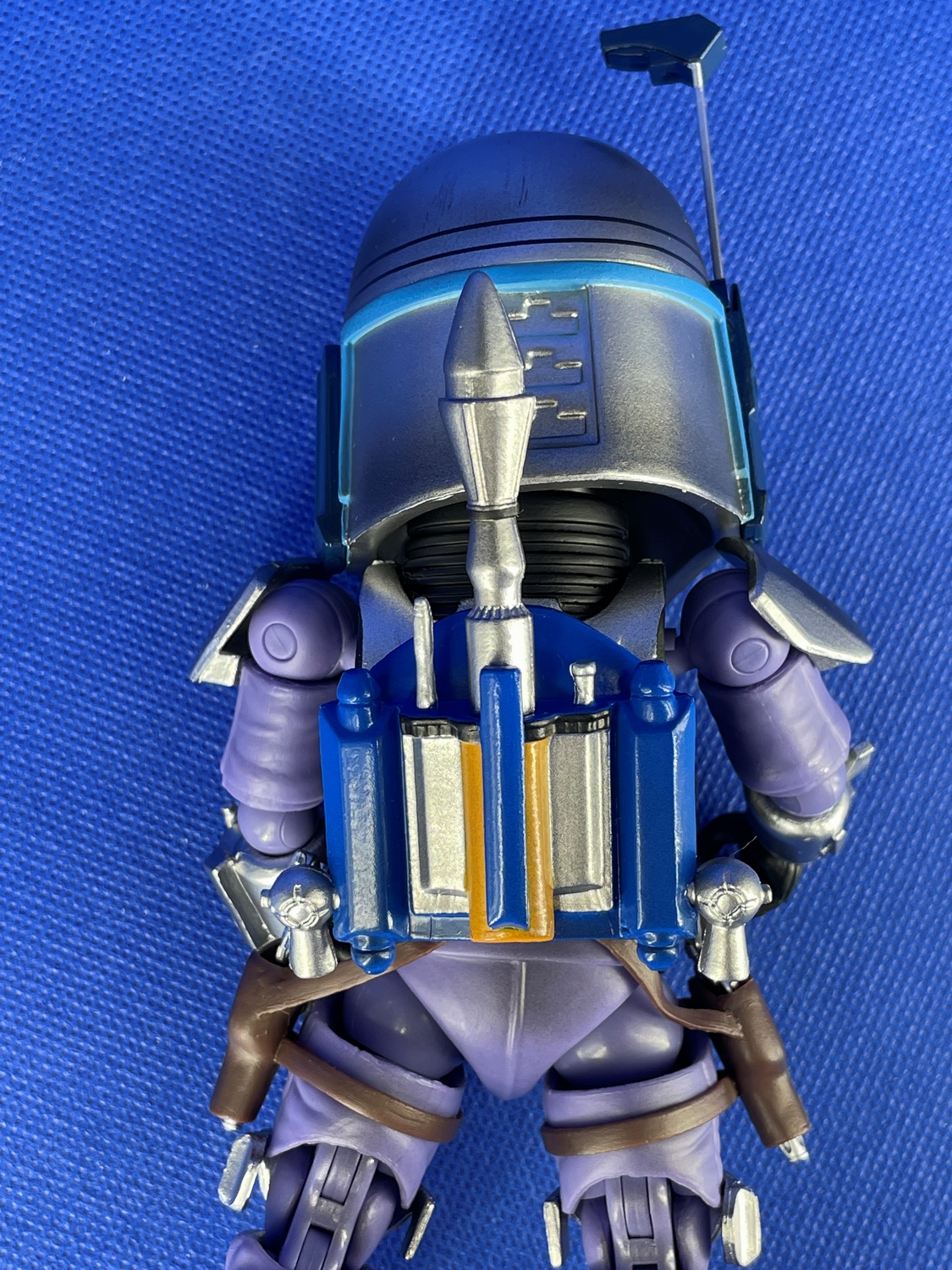 The figure has the same level of detail to expect in the line. The dull chrome look is more screen accurate than a polished look expected from the likes of the Captain Phasma release. Perhaps there will be a special release featuring a chrome version of Jango, as is common place with Beast Kingdom. The paint apps are amazing throughout including the jet pack, gauntlets, and the rest of his garb. Notice the weathering on the helmet, a nice touch to a seasoned bounty hunter. 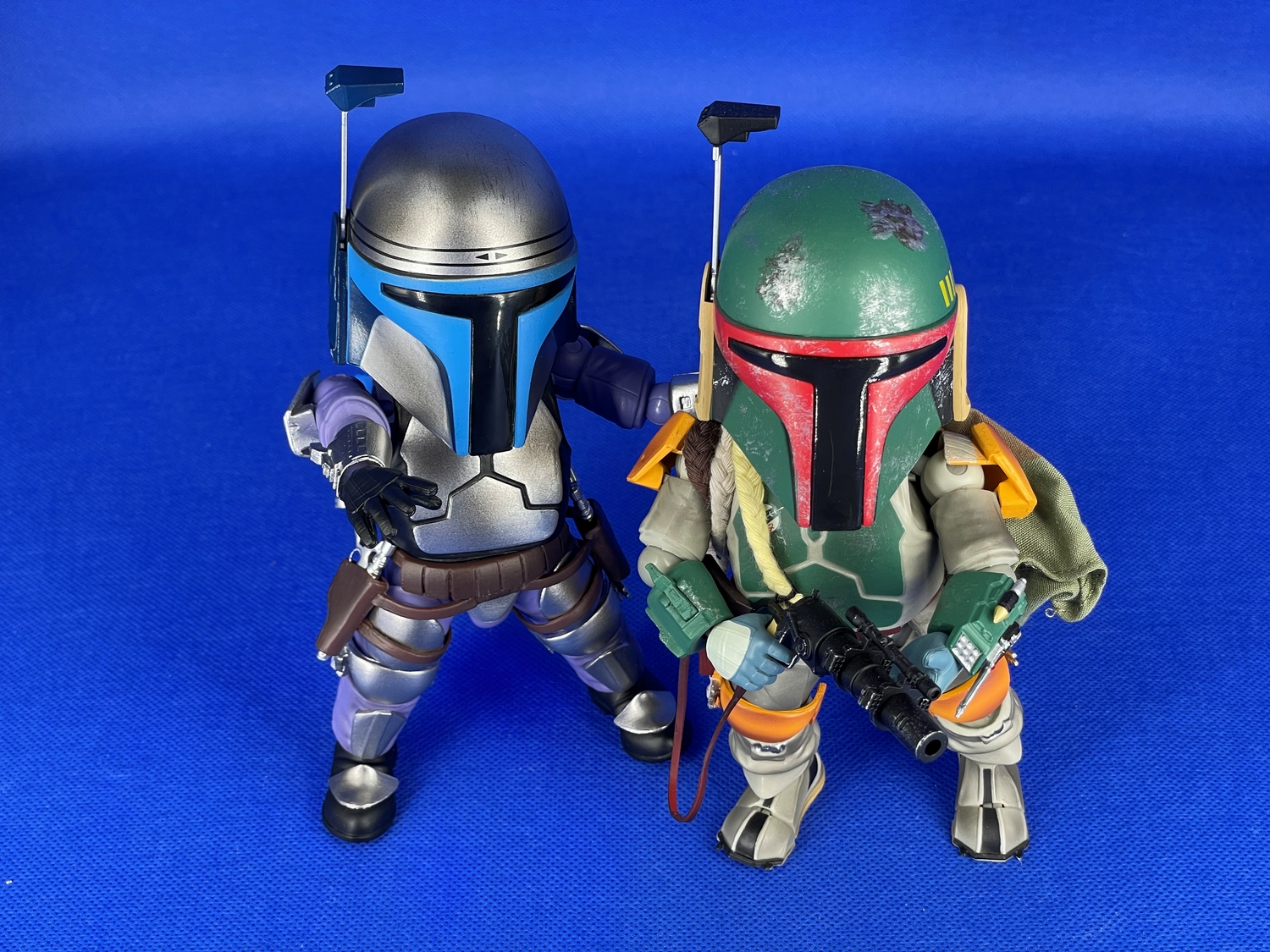 These things are known for their poseability and Jango is no exception. Featuring multiple points of articulation throughout including widening shoulders and foot joints, this guy stands on his own, literally. Beast Kingdom has got you covered with the additional hands whether you are wielding your dual blasters, adjusting your targeting scope, activating your Mandalorain gauntlets, showing off your cloned offspring, or teaching your son to shoot (in another timeline), you can capture all the action. And yes, those are working holsters. These are so fun to pose and keep around your desk/office/collectable room. We are confident after purchasing one, youll get hooked. 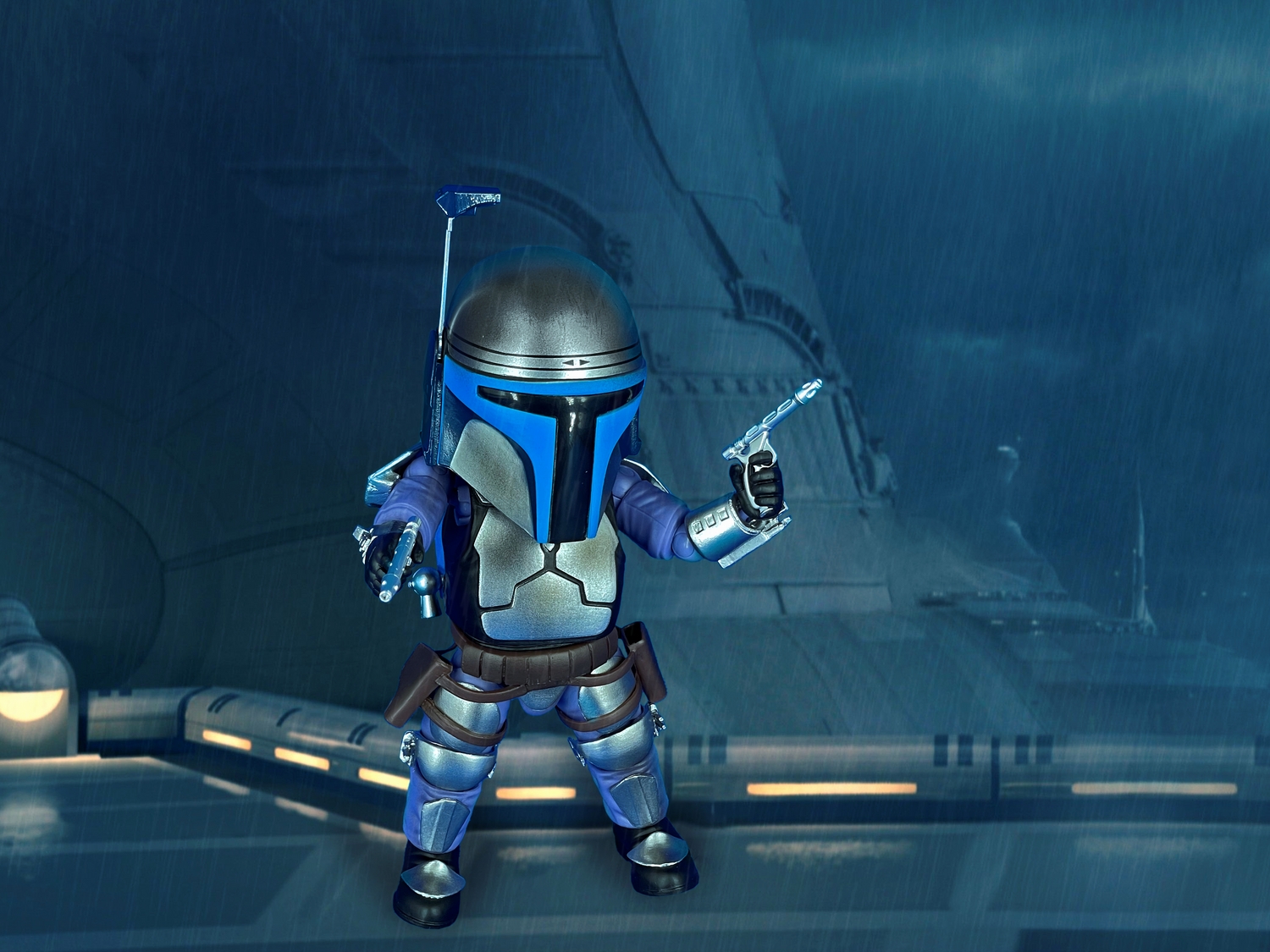 We are glad to see some prequel love in the line with this and the upcoming Maul release. A happy return and well timed with the 20th anniversary of Episode II. This line is a hidden gem and really deserves more attention from collectors. There is a lot of quality, collectability, and displayability for these figures. The line has figures from the prequels, original trilogy, sequels, story films, and now tv series, so there is something for everyone. Grab yours today from BigBadToyStore. If there is a specific figure from the line youd like to see, let us know and we can do a feature review. We have nearly all of them at CTR, with the exception of the special chrome or gold editions of the Stromtroopers. Thats all for now..May the Fourth be with you!!!